Decide for yourself. Is this a kind of prayer? Really?

Because if so, we may need to be much more alert.

One day I shared a dream with a friend, telling him of something I deeply wanted. I had told nobody before. I had not thought to pray about this.

Two days later I was given an offer that included what I told my friend I was asking for. I not only accepted, but this put me on a path of growth that lasted for years.

And it was a holy conversation. Jesus promised to be with us at such times, to be among us. So I was talking to Jesus, who was among us.

I believe I was not only talking with a friend. I was praying.

Since I learned about this pattern, I have seen it repeatedly not only in my life but in the lives of others I know.

Is this really a kind of prayer? What does Holy Spirit say to you about this? What should you be doing about this? 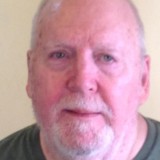 3 replies on “Is This Prayer?”

An amazing revelation. Thank you!

I’d never thought about it that we. But when two or three are gathered in Jesus’ name, he is among them. So actually it was a conversation of 3…